Before the white bear returned to the back of the mind – it invited the gentle people of Glasgow for a dinner and a Farewell. 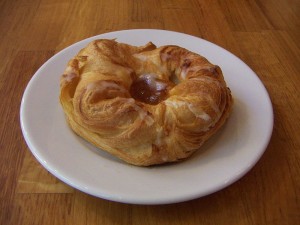 ”it is not from the benevolence of the butcher, the brewer or the baker that we expect our dinner, but from their regard to their own interest. We address ourselves not to their humanity but to their self-love and never talk to them of our own necessities but of their advantages. Adam Smith in ”An Enquiry Into the Nature and the Causes of the Wealth of Nations” from 1776

So, what Adam Smith seems to say is, that when it comes to supplying dinner to all of

Scotland, humanity is an over-estimated idea and thus, It was not just our humanity, that in 1776 was supposed to make sure that there would be dinner enough for all of Scotland, but rather perhaps each our own selfinterested beast.

Now I am such an inner beast, I am a white bear that has been stuck on minds since 1863, when the Russian writer, Fyodor Dostoyevskij put it there with a cunning mind experiment: Dostoyevskij proposed, that one should “try and set oneself the task, not to think of a white bear, and the cursed thing would come to mind every minute”.

In 2009, however, I took things into my own paws, and managed to come out of the head I was in and from the 1st-23rd of July 2011, I have been on this historical free market-place called Glasgow, to study this relationship between inner beasts, dinner and the wealth of nations.

On July 22nd, I will take the responsibility of being a dinner-distributing beast very literally and host a farewell-reception where I will share a bite to eat with you. A bite, that is off course obtained, by addressing myself to the self-interest of local butchers, brewers and bakers.